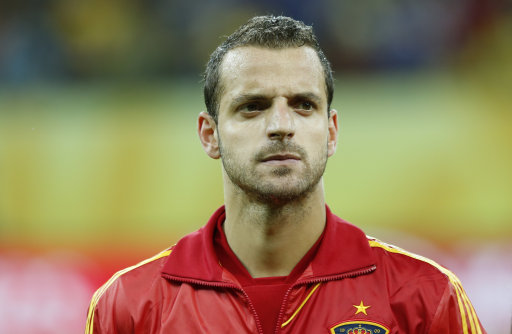 Tottenham have confirmed that they have shaken hands with Valencia over a deal for striker Roberto Soldado, with the Spanish poacher all but set to sign on the dotted line pending a medical.

A brief statement on the Tottenham website reads: “We are delighted to announce that we have reached agreement with Valencia for the transfer of Roberto Soldado subject to medical.”

Word of the grapevine is that Spurs will be paying just £10.5million up front for the 28-year-old Spain international, with subsequent annual payments of approximately £5.25million to be made to Valencia over the course of the next three years – valuing the total transfer fee at somewhere around £26million-ish.

Great signing. The guy scores goals. Simple as that. In fact, only Lionel Messi (with 161) and Cristiano Ronaldo (146) have scored more goals in La Liga since the beginning of the 2009/10 season than Soldado, with 75 to his name.

You can almost hear the Arsenal fans salivating from here. Just imagining him feasting on Gareth Bale’s deliver…oh, hang on.