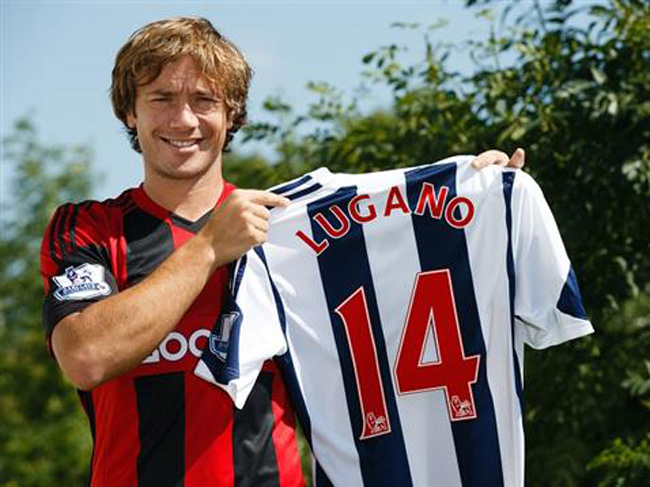 This rather passed up by here at Pies over the past couple of days, but West Brom’s signing of Uruguayan hardman is definitely one of the more interesting moves of the summer so far.

Captain of his country, and with a wealth of experience under his best, the 32-year-old centre-half could prove a very clever signing by Steve Clarke. Lugano spent last season on loan (from PSG) at Malaga but now joins the Baggies on a free in a two-year deal.

As I said, this could be a very productive move by West Brom, although the fact that Lugano is partial to a meaty challenge or two could see him keeping referees busy in the coming season.

Anyway, here the official video from the West Brom website…