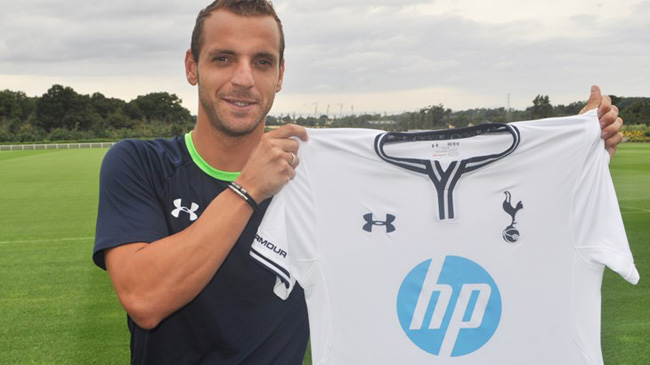 While Gareth Bale continues to edge closer to a megabucks deal with Real Madrid, Andre Villas-Boas continues to strengthen his Spurs side, with Spanish striker Roberto Soldado officially joining the Lilywhites in a four-year deal.

The 28-year old Spanish international joins Spurs from Valencia in a club-record £26million deal, quite a hefty sum of money. However, since leaving his first club, Real Madrid, Soldado has rarely been out of the goals and brings with him a reputation as one of La Liga’s most consistent strikers.  Indeed, as we said last week, only Lionel Messi (with 161) and Cristiano Ronaldo (146) have scored more goals in La Liga since the beginning of the 2009/10 season than Soldado, with 75 to his name.

“I’m absolutely honoured to be at this club, to wear the shirt that has so much history. I’m hoping that I can score lots of goals to repay the club’s kindness in signing me.”

“Spurs is a great club and a club that deserves to be in the Champions League. I know it’s a hard league and we have to work and play to that level to get there and I will do my best for the team.”