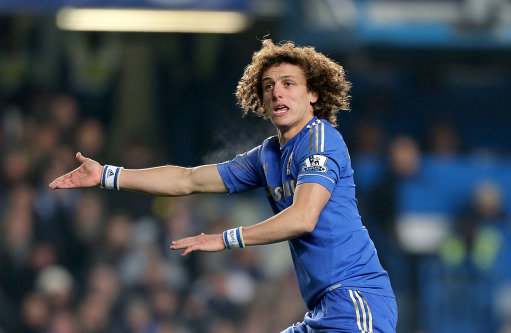 According to Mundo Deportivo and “Sky Sports sources” (i.e, Mundo Deportivo’s Twitter feed), Barcelona have lodged a hefty bid for Chelsea centre-half David Luiz, thought to be worth somewhere in the region of €20-25million.

Sky Sports are reporting that Barca’s approach is “official” according to their sources, though we haven’t got the shiniest sh*tting clue what that’s actually supposed to mean. Surely the fact that neither club have confirmed it means it’s anything but? Hey ho.

While the exact amount on offer hasn’t been divulged as of yet, the offer is believed to be the exact same amount that Barca bid for Marquinhos before the much-vaunted Brazilian left Roma for PSG last month for a whopping €35million – thus making the 19-year-old the fifth most expensive defender ever.

It seems that Barca have finally realised that a back three of Gerard Pique and two other 5’3″ midfield halflings isn’t quite going to cut the mustard next season.