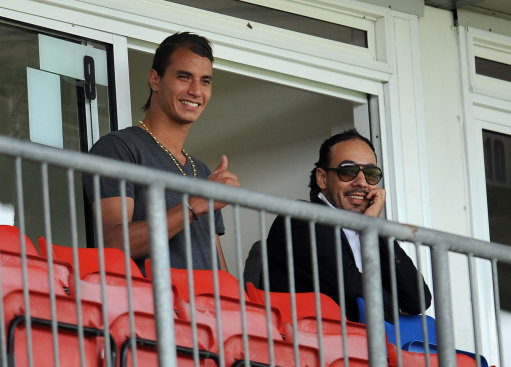 The clear-out at the Emirates continues with the news that misfit Moroccan Marouane Chamakh has finally left the Gunners, moving sarf of the river to Ian Holloway’s Crystal Palace in a one-year deal.

Moving to Arsenal after helping Bordeaux to Ligue 1 glory, Chamakh started well for the north Londoners, netting seven league goals in his first season (2010/11). However, he would only make 11 more appearances in the Premier League for the Gunners, netting just one goal before being loaned to West Ham last January.

With Robin Van Persie blossoming at the Emirates, Chamakh’s first-team chances were always going to be limited, something highlighted by Holloway in his recent interviews. However, Arsenal fans will be well aware that when Chamakh did feature in the last year or so, he looked a shadow of his former self, with feck all work-rate.

Whether he can kickstart his career at Selhurst Park remains to be seen, but I guess he needs games which he should get with the Eagles. As for Arsenal, they have managed to get another earner off their wage bill. Although, rather bizarrely, Nicklas Bendtner and Park Chu-Young are still at the club!