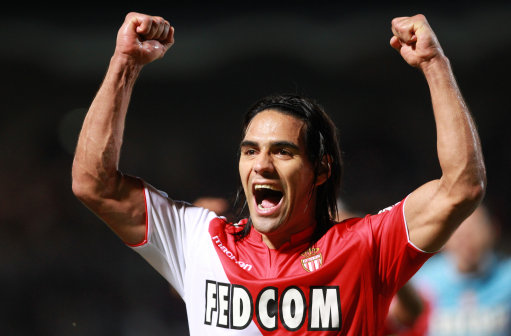 We’re fairly sure where you can file this one, but MARCA are reporting that Radamel Falcao’s super agent and all-encompassing overlord, Jorge Mendes, is trying to find yet another buyer for his client despite AS Monaco spluffing the lion’s share of £51million on the 27/29-year-old Colombian striker just two months ago.

The general line of thinking is that Monaco owner Dmitry Rybolovlev has come to the sudden realisation that even he can’t actually afford to bankroll his tax-exempt vanity project and is now desperate to flog the one single player he has the most cash tied up in. Given Falcao is reportedly earning €14million-a-year (tax free) on a five-year contract, we can safely assume that it’s he who qualifies.

And lo, MARCA reckon Rybolovlev now thinks he has “over-booked” his squad for next season with a swollen 36-man roster being padded out by several new signings on truly massive wages, and that Mendes has been told that he is free to begin sounding out suitors for Falcao all over again. Of course, Real Madrid and Chelsea are immediately being mentioned in passing.

It’s also claimed that the ongoing dispute between Monaco and the French league (LFP) over tax issues (Monaco players are currently exempt from the high tax band that the rest of Ligue 1’s big earners are saddled with, though the LFP are currently trying to do something about that) and that a fiscal compromise between the governing body and Rybolovlev may also have something to do with it.

Anyway, given that players are currently forbidden from moving twice in the same transfer window, we doubt we’re going to see anything drastic any time soon, but you never know – especially as it seems football has now gone totally and utterly insane!