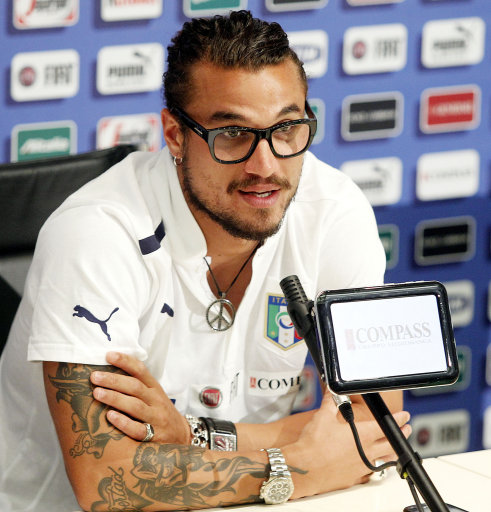 Following the impressive summer captures of Dejan Lovren (£8.5million) and Victor Wanyama (£12.5million), Southampton have fired off another expensive statement of intent by shelling out £15million to bring in Italy striker Pablo Daniel Osvaldo from AS Roma – thus breaking their transfer record again for the second signing in a row.

#SaintsFC are delighted to announce the signing of Italy international striker Pablo Daniel Osvaldo from @OfficialASRoma.

Osvaldo, who was also supoposedly linked with Tottenham over the summer, has signed a four-year deal with the Saints which reunites him with Mauricio Pochettino who also managed him at Espanyol.

Here’s all you need to know about the man they simultaneously call “El Coyote”, “The Gypsy”, “The Hipster” and, rather ominously, “Killer Osvaldo”: He’s actually Argentinian, he once punched Roma team-mate Erik Lamela for not passing to him, he has scored a decent slew of exciting acrobatic goals over the years (check out this beaut against Catania), he is what we’d loosely describe as a “flair player”, he is plastered with standard-issue hipster naval tattoos, enjoys the musical styling of Pink Floyd, wears a dainty little alice band like all good foreign strikers should and, we’re reliably informed, is rather easy upon the eye of those that way inclined.

You’ve got to give it to Southampton, they’re certainly going big.