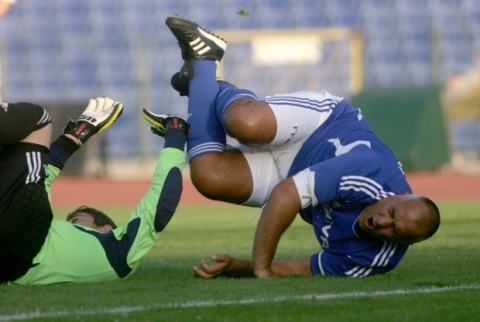 Those bemoaning Arsenal’s wafer-thin transfer dalliances might want to spare a thought for fans of Bulgarian second tier side FC Vitosha Bistritsa, whose only signing so far has been a 54-year-old striker with a history of corruption, alleged mafia links and high blood pressure.

That’s right, Vitosha’s big money acquisition in the window is none other than former prime minister of Bulgaria, Boyko Borisov, who has signed professional papers with the club thus making him eligible to play in the “B Football Group” (i.e, the Bulgarian second tier) next season and thus becoming – rather unsurprisingly – the oldest player currently registered in the Bulgarian league system.

It also means that Borisov will also break the record for the oldest professional player in the history of Bulgarian football should he play but one single competitive minute for the Vitosha first-team between now and the end of the season.

Strangely enough, Borisov, who claims to be a striker, has actually played for Vitosha before on several occasions before, though mostly in charity and exhibition games, it must be said. However he did once pip Dimitar Berbatov in a fans’ poll to crown the 2011 Bulgarian Player of the Year. 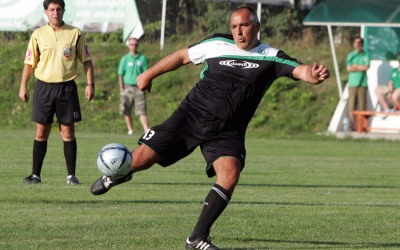