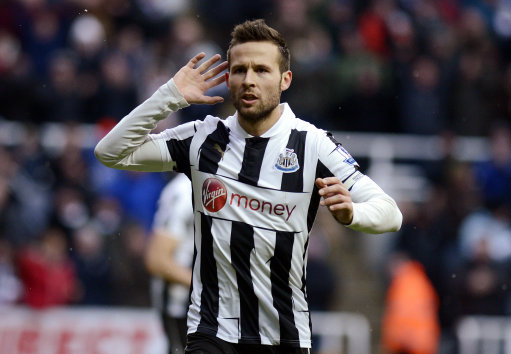 Newcastle have rejected a bid from Arsenal believed to be somewhere in the region of £10 million (though some sources reckon it’s nearer £12million) for Yohan Cabaye.

According to ESPN FC (among several others), Newcastle have knocked back the bid, which they have deemed to be “derisory”.

Stung into action by a frankly crap opening Premier League result, Arsenal are also supposed to have made bids for Geoffrey Kondogbia of Sevilla, Juve’s Paul Pogba and Schalke’s Japanese right-back Atsuto Uchida. By Jove, it looks like they haven’t got the foggiest what they’re doing and we love it! SIGN ALL OR NONE OF THE PLAYERS!