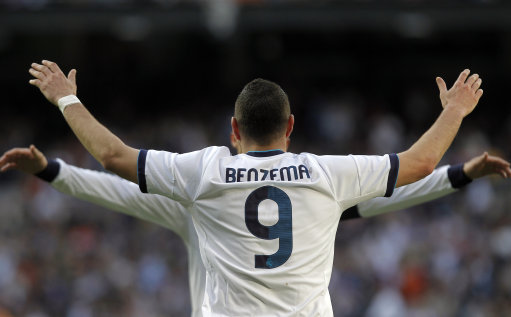 The papers are rife this morning with reports that Arsenal are desperately trying to give their money to Real Madrid, offering £40million for Karim Benzema and a further £15-20million for Angel Di Maria in a good old fashioned “double swoop” deal – though a formal bid is yet to be received for either player.

It is also understood that Real are fairly keen to flog Benzema as they plan to use the cash to really get serious about prising Luis Suarez away from Liverpool before the transfer window shuts in a fortnight’s time.

Indeed, Spain-based journo Graham Hunter has just appeared on TalkSPORT to tell them exactly that: that he believes Arsenal have timed it perfectly to give themselves a “good chance” of signing Benzema as Real Madrid are becoming increasingly fidgety about opening talks over Suarez – who, he adds, is set on leaving Anfield, despite any assurances he may or may not have given his current employers over the past few weeks.

After a summer of bluster, things could be about to get very interesting.