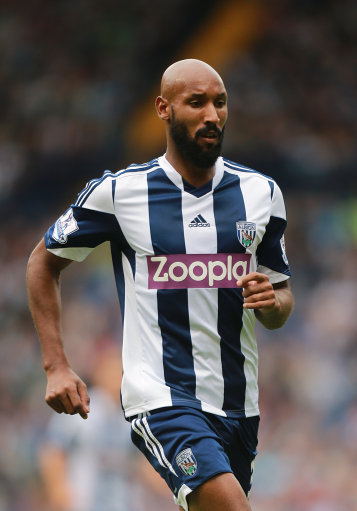 It is being said that Anelka, 34, had a meeting with club’s technical director Richard Garlick at West Brom’s training ground this morning in which the two parties agreed to nullify his contract and that the French striker was last season packing his bags and leaving the premises.

According to Birmingham Mail journo Chris Lepkowski, it’s being suggested that Anelka’s decision to leave was based on personal matters.

The Daily Telegraph have it thus:

It is believed Anelka may have experienced a recent tragedy in his personal life and talks to find an amicable solution with the club have so far failed. There is no suggestion of a bust-up.

The Telegraph also reckon that Anelka has cleared out his locker while Sky Sports News are saying that he also told club staff that he plans to retire with immediate effect.

Well, that’s Pies wild-card Fantasy Football pick out of the window then.

More when/if we have it.

#wba insist Anelka has NOT retired. I understand his agent has died – which has hit him badly. What the future holds, we’ll see

We could be wrong here, but isn’t Anelka’s agent his brother? It seems we might be dealing with something truly tragic here.

“[WBA] can confirm that Nicolas Anelka will not be involved in Saturday’s game at Everton. The club have excused the striker from club duty on compassionate grounds.”

That is all. Anelka hasn’t walked out on the club, he’s merely been allowed a leave of absence to deal with what may be an incredibly personal bereavement.

All the best, Nic. What we said about our Fantasy League team? We didn’t really mean it.