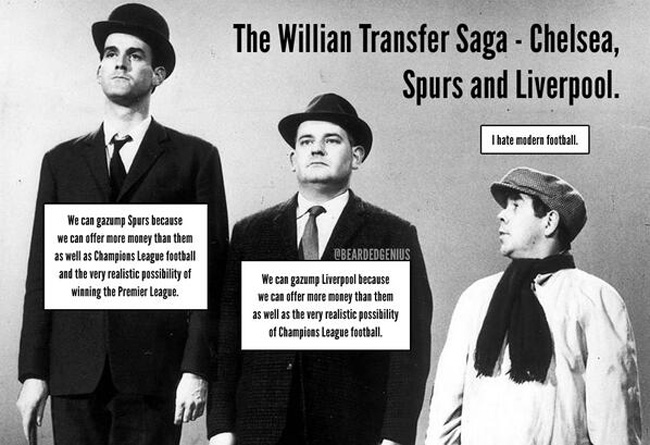 No, Willian, it was really bloody something! What a palavar the afrotastic Brazilian has caused ahead of his move, we think, to Chelsea.

What with Liverpool and then Tottenham and now Jose Mourinho’s Blues all vying for the Anzhi attacker, it’s been a rather vicious affair.

With Mourinho implying that the player is about to sign on the dotted line for the west Londoners, the whole affair looks to be coming to an end. However, I can’t see Andre Villas-Boas being too happy with his fellow countryman, just as Brendan Rodgers won’t be too happy with him.

Anyway, what a superb picture courtesy of clever clogs @BeardedGenius.