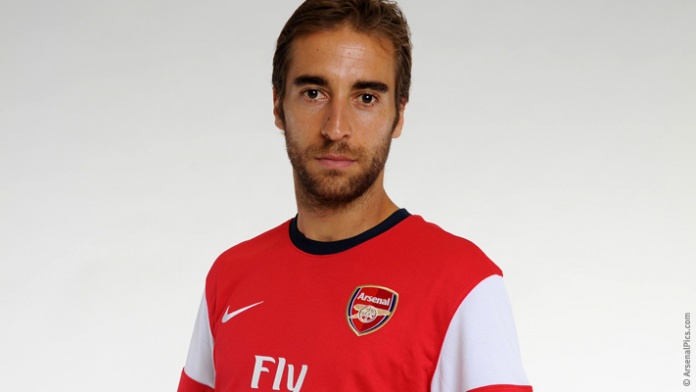 Cesc’s water carrier is officially an Arsenal player again. The club have confirmed that Mathieu Flamini has rejoined the club on a three-year contract after moseying out of AC Milan at the beginning of summer.

The 29-year-old (yeah, it surprised us too!) French midfielder had been training with Arsenal to improve his fitness, but it would appear that Arsene Wenger has decided that he’s now fit enough to be worth another squirt.

“We’re very pleased Mathieu has agreed to re-join us. He is a player of real quality, with a fantastic work rate and great mentality.

“As we know, Mathieu is a strong midfielder, but is also is comfortable playing in defence too. He is a very good addition to our squad.”

Not a bad little signing we’d say: Flamini can definitely still go, will be useful to have around for his versatility and, at 29, he’s about three years younger that the whole world thinks he is. It’s worth noting that several high-profile European clubs (including Milan) were apparently vying for his signature before Arsenal sealed the deal.

That said, this is hardly the acquisition that is going to placate any of the increasingly ravenous Gooners out there. Hopefully, Flamini is a “floodgate” signing and the rest will follow sooner rather than later.