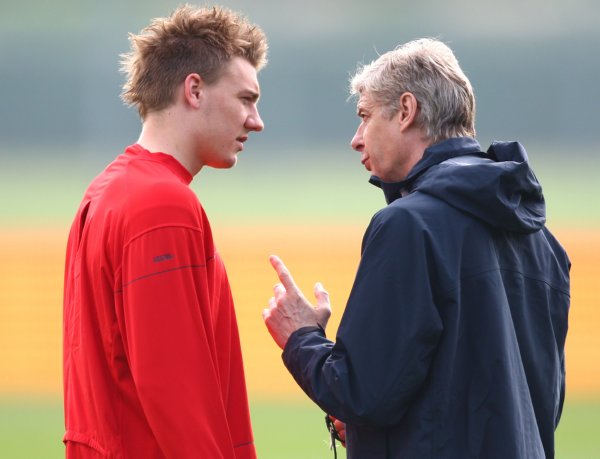 More great news for the Arsenal faithful this morning with Arsene Wenger telling reporters at his press conference that, despite having spent all summer trying to flog Nicklas Bendtner to absolutely anyone who would take him, the Danish striker has been re-added to the Gunners’ squad and will be used if he gets himself in shape.

Wenger said: “The chance for Nicklas to leave now is very small. If he comes back well and gets fit, I will use him.”

This of course coming roughly (i.e, exactly) 820 days after Bendtner reared up and declared that he had “decided 100% that I must leave Arsenal” in June of 2011.

In a stat lifted shamelessly from Arseblog, Bendtner is actually the second highest goalscorer at the club with 45 goals (only Theo Walcott has more with 63), but he hasn’t played a competitive match for Arsenal since March of 2011, leaving on season-long loans at the arse-end of the last two summer transfer windows to Sunderland and Juventus respectively.