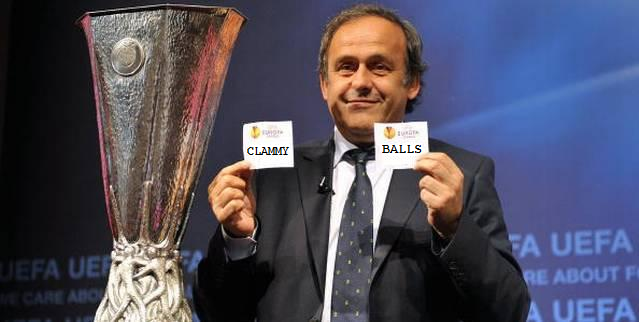 The yawning, grotesquely over-inclusive draw (there’s a “Group L” for crying out loud!) for the 2013/14 Europa League group stages has finally finished taking place in the Grimaldi Forum in Monaco and the plastic balls of destiny have worked their magic; landing Tottenham in a group with Anzhi, Swansea with Valencia and FA Cup winners Wigan with Russian side Rubin Kazan.

We can only imagine how many fans that Latics are going to take with them to the Republic of Tatarstan as and when the time comes.

Did you know that Shakhter Karagandy are based further east than Mumbai, India? True fact!

Anyway, don’t know about you lot, but Pies are firmly rooting for Pandurii Targu Jiu this year.