Spanish newspaper AS have uncovered a document that shows that a 14-year-old Neymar was actually registered with Real Madrid for a short period following a successful trial back at their Castilla academy back in March of 2006 and that the club passed up on signing him to a full contract as they deemed the €60,000 asking price too dear… 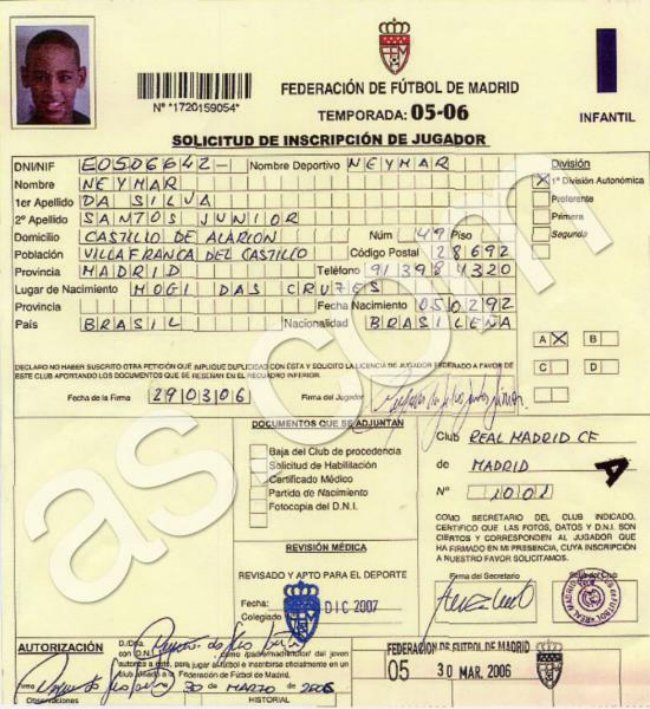 The story goes that Neymar had impressed all of Real Madrid’s scouts during his trial and technical secretary Ramon Martinez was pushing hard for the young Brazilian to be signed up, with all the necessary documentation to facilitate the move being completed.

However, the acquisition was waived by CEO Carlos Martinez de Albornoz, who wasn’t prepared to take responsibility for the decision to pay €60,000 for a 14-year-old boy and therefore refused to sign off the papers.

This of course being the same young man that Real Madrid have since spent the last two seasons desperately trying to sign for around 1,000x that amount before eventually watching on forlornly as he signed up with rivals Barcelona this summer.

Oops. Hindsight can be an utter swine sometimes!