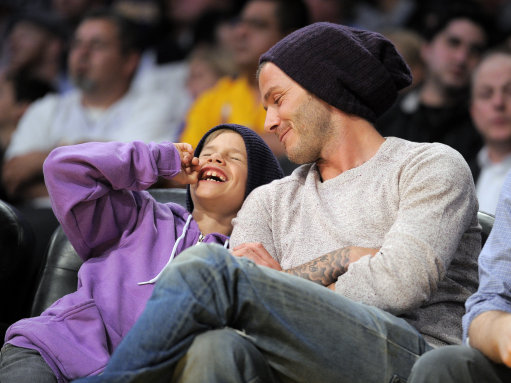 According to ITV Football, the 10-year-old, who is known to be a big Arsenal fan (he’s been pictured charging around in an Oxlade-Chamberlain shirt during a kickabout with his old man before) has joined the Arsenal youth academy on a development contract.

This, of course, is the same little bugger who already has a modeling deal with Burberry.