There is a photo doing the rounds today of Bacary Sagna, Linford Christie, Olivier Giroud and what is purported to be Thierry Henry wearing the new Puma home shirt that Arsenal will wear next season.

We’ve no idea if it’s kosher, or just what event the the shot was taken at, but it’s well known that the Gunners are making the switch from Nike to Puma ahead of the 2014/15 campaign and maybe, just maybe, this is what the new strip will look like.. 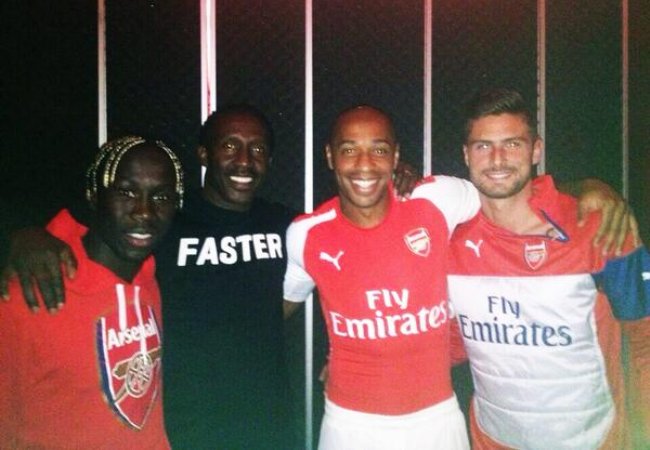 Quite what Giroud is wearing is another matter. Given the quilting and the off-kilter zipped neck, we can only assume it’s a new line of official Arsenal sleeping bags.