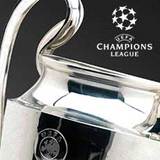 As some of Europe’s top teams prepare to work through their mammoth fixture pile-ups, the top bods at Uefa have decided more matches is the way forward. They plan to make their all-consuming Champions League monster even flabbier by offering places to some of Europe’s domestic cup winners.
One or more Champions League places would be up for grabs under a play-off system (like the Intertoto Cup, but with even more prestige!). Uefa spokesman William Gaillard said: “We want to revitalise the cup competitions in each country which have suffered in recent years. Giving the cup winners one of these spots is something we will discuss.”
As far as I can see, creating the Premier-Intertoto-Champions League-European-Cup-Winners-Cup will only upset managers and wear out players who will be playing competitive football in July. [Via BBC, Rob Parker]