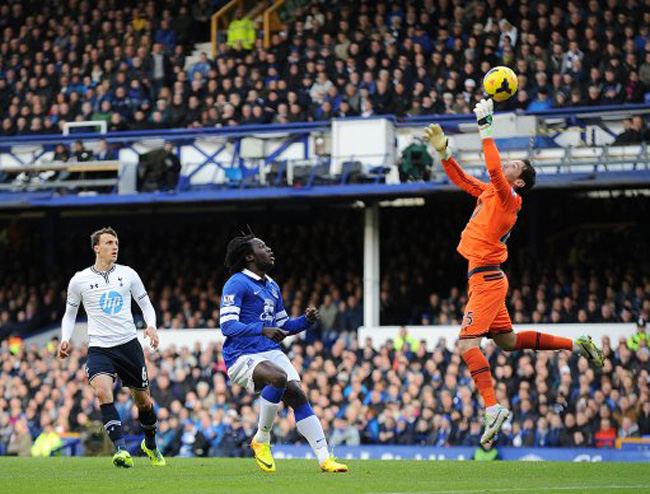 Both Everton and Spurs passed up a chance to take second place in the table on Sunday after playing out a disappointing goalless draw at Goodison Park.

Roberto Soldado had the visitors’ best chance in the first half, only to miss with a header while the Lilywhites had a big shout for a penalty when Jan Vertonghen was challenged by Seamus Coleman in the Toffees’ box.

After the break, the roles were reversed for Vertonghen and Colemen, with the Irishman challenged in the box by the Spurs defender, but yet again ref Kevin Friend waved away calls for a spot-kick.

Everton improved in the second-half but couldn’t find a way past Hugo Lloris, who himself was clattered by Romelu Lukaku, only to play on.