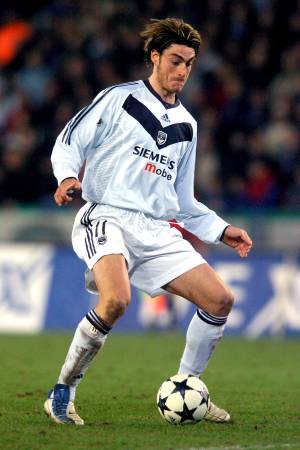 Riera in his Bordeaux days

FIFA look set to hit Espanyol with a six point deduction (coupled with a sizeable fine) for alleged unpaid transfer fees owed to Girondins de Bordeaux. The sanctions will be actioned by football’s governing body should the Spanish team fail to settle their debts by the end of the week.

The transfer in question is Albert Riera‘s (now of Liverpool) move between the two clubs in 2005.

Bordeaux claim to still be owed £500,000 in outstanding fees and, with FIFA currently cracking down football’s financial issues, it seems that the strict regulations will be put in place should Espanyol fail to meet the Friday deadline.

Bordeaux are not the only team who are claiming to be owed money by Espanyol, with AS Monaco and Partizan Belgrade also said to be out of pocket due to the Spaniards.