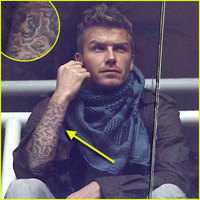 Seems Becks can’t kick his tat habit. He recently showed off a new forearm tattoo, apparently in tribute to Wentworth Miller’s character on Prison Break, fugitive Michael Scofield. The intricate design on his right arm includes his shirt number 23, and connects to the angel and clouds he already had on his arm. [Via Just Jared]
Click below to see a pic of Becks and Wentworth side by sideâ€¦ 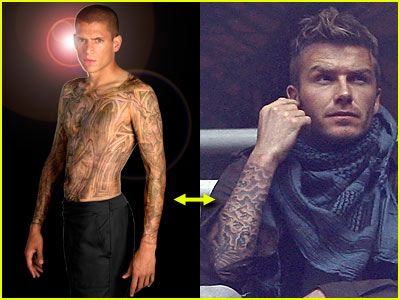