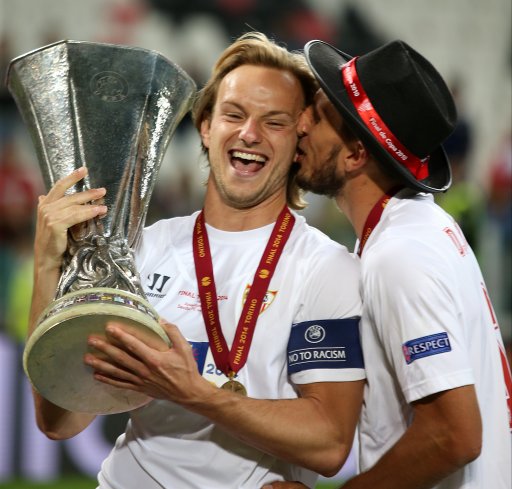 According to several sources (Bild, MARCA, etc), Sevilla’s Europa League-winning captain Ivan Rakitic is on the very cusp of finalising a €20million (£16million-ish) move to Barcelona having agreed a five-year deal with the Catalan side.

Indeed, MARCA are reporting that Rakitic’s new contract at Barca will net him a fairly healthy €8million per annum, with the transfer set for completion before the weekend is out. Not bad.

Of course, Rakitic is being mooted as a more-or-less direct replacement for Cesc Fabregas, who is currently being paraded like a prize sow in front of a host of potential Premier League suitors, with Chelsea thought to be his more likely destination as things stand.