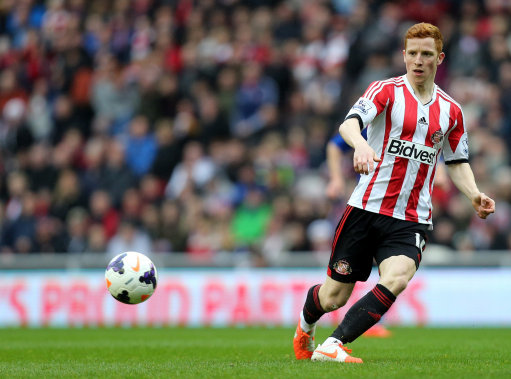 Given that he’s been on their books since he was a nipper, it’s fair to say that Sunderland have put an awful lot of man hours in over the years to make Jack Colback into the perfectly adequate midfielder he is today – and so, it’s perhaps understandable that the club should feel a little put out given his recent free transfer to Newcastle.

After stalling on contract talks for the past few months, 24-year-old Colback allowed his deal to dwindle to nothing before joining Sunderland’s despised rivals on a free transfer yesterday – signing on a “long-term” deal at St James’ Park.

However, rather than merely steeling themselves and wishing Colback well in his future endeavours through gritted teeth, Sunderland have allowed their emotions to get the better of them – posting an ever-so-slightly bitchy statement on their official site:

“Jack is a player we have nurtured and developed through our academy system since he was eight years old.

“We gave him the opportunity to become a professional footballer and are therefore extremely disappointed in the events that have led to his departure from the club.

“This wasn’t about money – the club agreed to all of the terms demanded of us during discussions and we were always led to believe that Jack wanted to stay with us.

“At his and his representatives’ request, final talks were put on hold until the club secured its top flight status.

“To our dismay however, we were subsequently never given the chance to negotiate with him to stay.

“For him to then leave the club that has supported him throughout his formative years in such a manner, with no chance for Sunderland to recover any of the significant investment that it has made in him as a player, has left a bitter taste.”