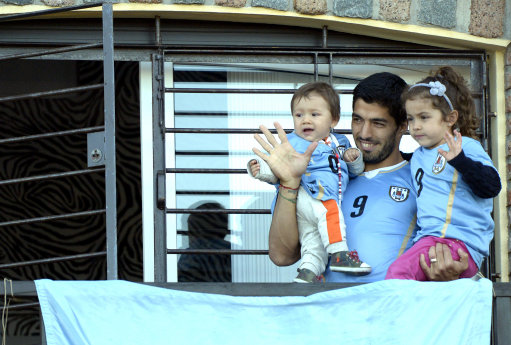 Luis helps himself to a snack out on the veranda

Facing the prospect of spending the next four months banned from global football at FIFA’s behest following his gnaw on Giorgio Chiellini’s shoulder, cannibal martyr Luis Suarez has been offered asylum from an unlikely source.

Kosovan Superleague club Hajvalia are planning to submit an official bid for Suarez on the grounds that Kosovo is not a full FIFA member and is therefore exempt from their regulations.

Hajvalia have made their move to see off competition from the likes of Barcelona and Real Madrid, offering the largest financial package they are feasibly able to offer for the exiled Uruguayan forward.

“Suarez can’t play in the next four months. As we are not part of FIFA yet, I think he can play in Kosovo, so we have an offer that we will send to Liverpool.

“This might sound ridiculous to him, but that is all we can do.

“If he is willing to come and play for us, he is welcome. As we are not part of FIFA, it would be ideal for him.”

And now they play the waiting game…