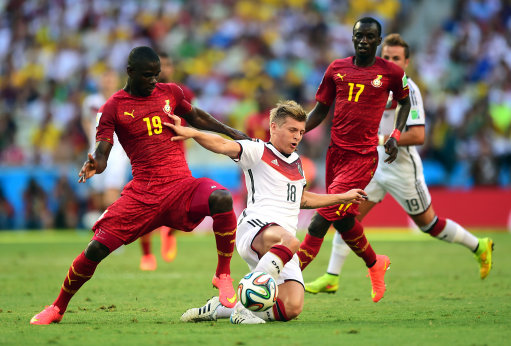 Spanish newspaper MARCA has reported that Bayern Muncih and Germany midfielder Toni Kroos has agreed a move to Real Madrid for the rather reasonable sum of  €25million.

The 24-year-old has played a pivotal role in Germany’s march into the last eight of the World Cup and has also established himself as one of the best midfielders in the world in his time in Munich.

Kroos had been linked before with a move to the Red Devils who instead splashed out  €36million on the far-less experienced 24-year-old Ander Herrera.

As for Bayern, with Kroos failing to sign a new contract and his currently deal ending in a year, it was a case of cashing in on the classy star now or losing him for nowt later on.