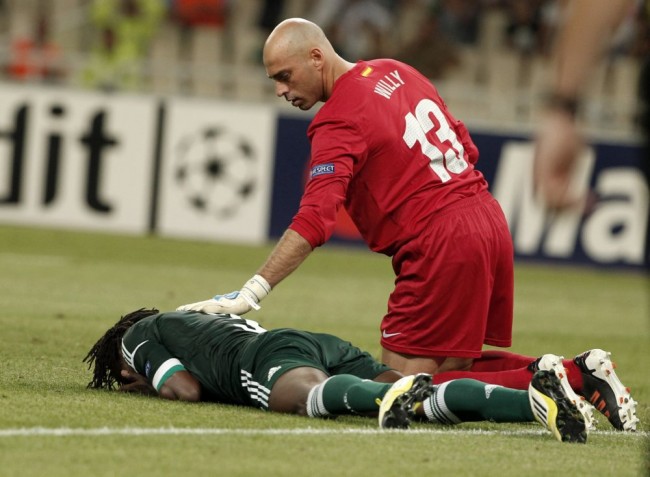 Flattened by a six-foot Willy: the ultimate humiliation

Manchester City’s latest major signing of the summer is a large Willy – specifically goalkeeper Wilfredo “Willy” Caballero, who joins from Malaga for a fee believed to be somewhere in the region of €8million…

NEW SIGNING: We are delighted to announce the signing of @willy_caballero. Full story: http://t.co/RmBdMDC0dE #mcfc pic.twitter.com/8ZPnG3GA03

We can only assume that he’s also bringing his own balls with him.

Right, Pies hereby promise that will be the last time we ever make fun of Caballero’s name*.

(*are you kidding? Of course it bloody well won’t be!)