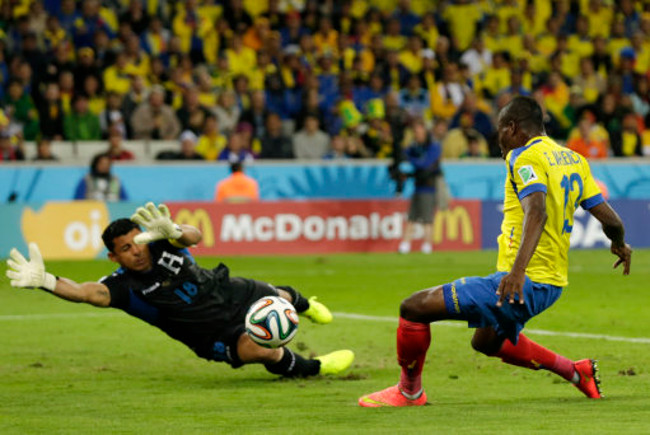 One of the most fascinating parts of a World Cup is watching players who have shone at the event are snapped up by clubs eager to boost their squad with a bit of World Cup magic.

West Ham are reported to be the latest side to do some Brazil 2014-based shopping, spending the very sizeable sum of  around £15million on Ecuadorian striker Enner Valencia. The 24-year-old enjoyed an impressive World Cup, netting all three of his country’s goal and his physical presence and eye for a goal will give Sam Allardyce and co. options up front. Indeed, although Andy Carroll is sure to be the Hammers’ main-man in attack, the former Liverpool man’s injury record means top class cover is definitely required.

The signing of Valencia, who spent the first-half of 2014 with Mexican club Pachuca, follows the acquisition of Mauro Zarate, Cheikhou Kouyate,  Aaron Cresswell and Diego Poyet as Big Sam looks to beef up his squad ahead of the new season.

However, like so many post-World Cup signings, one wonders if Valencia will end up a Gilberto Silva or a Salif Diao.