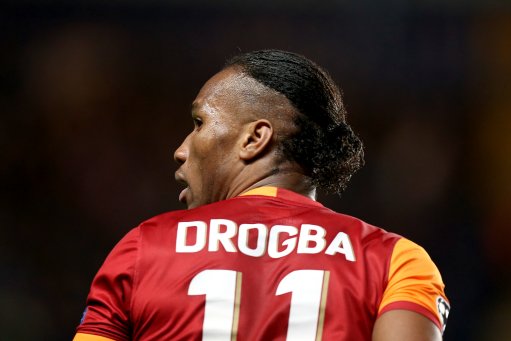 A free agent since his 18-month contract at Galatasaray waned to nowt at the end of the Turkish Super Lig season, it seems that Didier Drogba is on the verge of returning to Chelsea and into the arms of Jose Mourinho once again if reports are anything to go by.

L’Equipe have announced that Drogba, now 36 and heavily bearded, is set to sign a one-year deal with the Blues that would also include the offer of a coaching role at the club once he knocks his playing career on the head.

Chelsea are currently in the process of flogging off Demba Ba and Fernando Torres to Besiktas and Atletico Madrid respectively, thus making room in Mourinho’s strikers stable for his one and only true love: Didier.

However, the Daily Star (yep, we know) are reporting that Man City are also keen to spark some kind of sexy transfer tug-of-war for Drogba after losing Alvaro Negredo for the next four months due to a recently broken foot.

“Oooooh!!! Ladies please!! There’s plenty of Droggy to go around!”