It’s been in the works for quite sometime but now the deal is public and official: Frank Lampard has signed a two-year contract with start-up MLS club New York City FC after leaving Chelsea at the end of last season, thus ending his 13-year stint with the Blues.

Here he is with his new scarf in Brooklyn somewhere, looking more like his old man than ever before.. 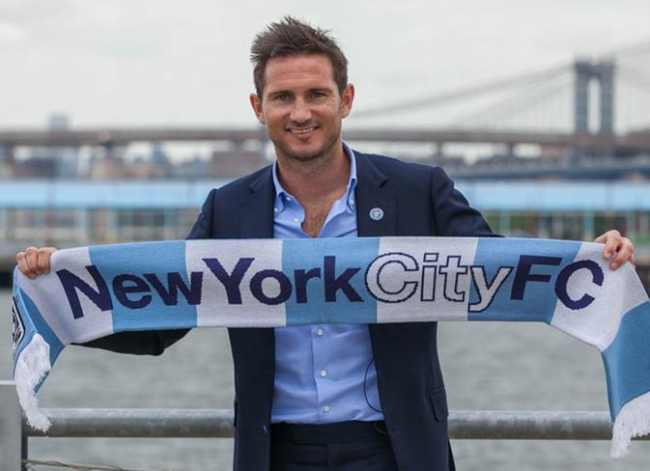 What he’s planning to do with himself for the next eight months until his new club actually join the MLS in 2015 is quite another matter – though NYCFC are sort of owned by Man City *nudge nudge wink wink*.