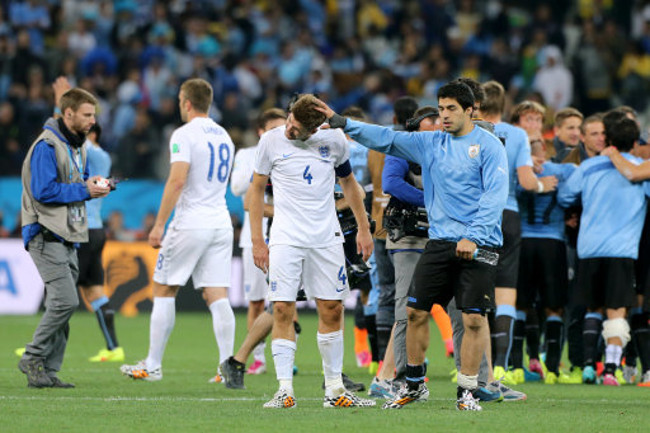 Thursday’s newspaper are full of quotes from Liverpool captain Stevie G, who has lifted the lid (a bit) on last summer’s transfer saga involving Luis Suarez, Arsenal and that infamous “£40million plus one pound” bid.

Gerrard’s revelation that he told Suarez to forget the Gunners and ultimately aim for a bigger and better club will no doubt irk some Arsenal fans.

Here’s what the Kop icon had to say:

“I would have been really sad and disappointed to see Luis go to Arsenal. With all due respect to them, I said to him that he was too good for Arsenal.

“I think he got the wrong advice last year from people around him, from people saying he needed to play in the Champions League and it did not matter who it was for.”

Interestingly, the Liverpool veteran then goes on to claim that, if Suarez had stayed with the club, they would be favourites to win the league this year, saying:

“I believe if we had Luis Suarez we’d be favourites. I’m disappointed to see him leave now but I am happy for him that’s he has got what he wants and deserves.

“Since day one he has been phenomenal in training every day and in the games.”

Two pretty big claims there from the recently-retired England captain, firstly that Suarez was too good for Arsenal, and secondly that the Merseysiders would have been favourites to win the 14/15 Premier League had the Uruguayan stayed.