With the start of the 2014/15 Premier League season just 11 days, one minute and 23 seconds away at time of writing, we thought we’d have a shufty at some of the new faces that will be gracing us with their presence this year.

Without further ado, let’s dive in… 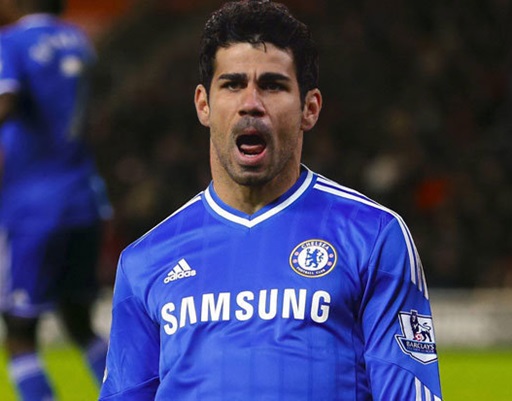 If recent history has told us anything, it’s that strikers who aren’t 2007-2012-era Didier Drogba tend to struggle in Chelsea/Mourinho’s rigid monosyllabic system, with several expensive subsequent incumbents failing to flourish at the tip of the attacking trident.

The Blues have blown an awful lot of money (£32million) on 25-year-old Costa, who is also still very much in the “one-season wonder” bracket even if the season in question was extremely prolific.

Let’s just say that we have our suspicions about him. 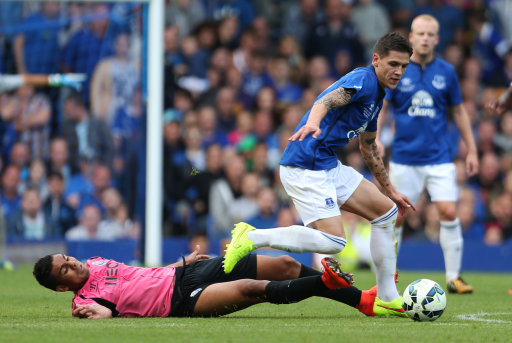 The holding midfield role has become somewhat of a parody of itself over the past few years, allowing otherwise decent players to stagnate and play without any proactive or creative responsibilities. In short, it’s all gone a bit “stand there and pass sideways”.

Besic is different. Besic is a bit “dark anti-hero”. Just look at his first few touches in an Everton shirt for crying out loud.

He can pass, he can play, he can tackle and he’s got a dash of the junkyard dog in him too. 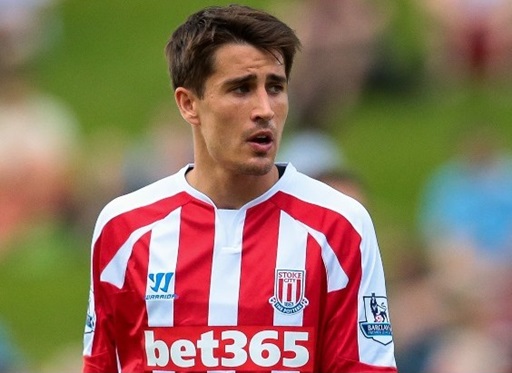 As footballing educations go, they don’t come much more refined than that of Bojan Krkic, who is now on the cusp of having to either begin making good on his prodigious credentials or find himself forever resigned to the sky-high pile of football’s fizzled-out one-time wunderkinder.

To be fair, the former Barcelona and Roma striker, still only 23, has enjoyed a brief by impressive pre-season at The Potters – scoring two goals in the space of two games.

The real hard graft, however, begins in a fortnight’s time. 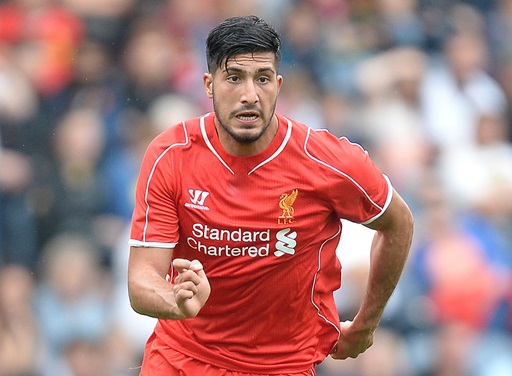 Given that they had £60-70million to play with, Liverpool have spunked their Luis Suarez money fairly sensibly, adding a modicum of depth to an otherwise slightly thin and reedy squad.

At £9million, Can doesn’t represent the most gaudy of outlays, but we’re fairly confident that the young German midfielder will prove infinitely better value than, say, £25million’s worth of Adam Lallana.

Combative, quick, physical and equally adept at lying deep and/or pressing forward, Can is the man who should and probably would be replacing the waning, increasingly counter-productive Steven Gerrard in the Liverpool midfielder this season if, of course, dropping Steven Gerrard wasn’t such an emotionally charged call for Brendan. 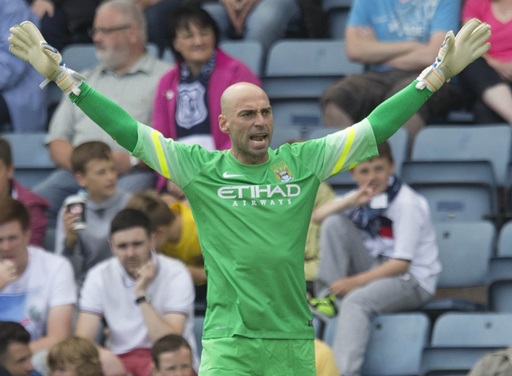 Quite possible a better, more reliable all-round goalkeeper than Joe Hart, a former trusted favourite of Manuel Pellegrini at Malaga and far less likely to find himself distracted by the lure of Head & Shoulders commercials, it’ll be interesting to see if City are willing to swallow their pride and dethrone their long-standing and seemingly untouchable No.1 should the situation arise. 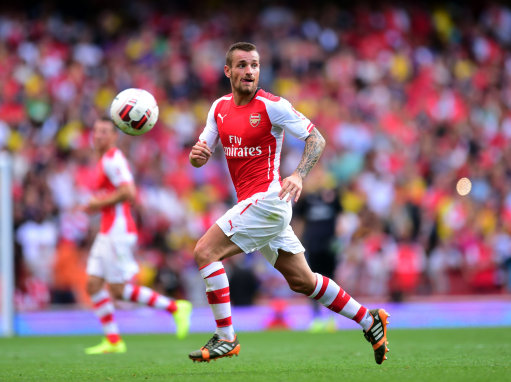 Mathieu Debuchy (Arsenal) Already impressing the notoriously hard-to-please Arsenal faithful during a short pre-season programme with the Gunners, something tells us that Debuchy will slip straight into Bacary Sagna’s wake with minimum fuss and maximum impact.

With the addition of Debuchy, David Ospina and Alexis Sanchez, suddenly Arsenal’s squad is looking, shock horror, formidable – that’s of course until the annual avalanche of stacked injuries kicks in around January time again. 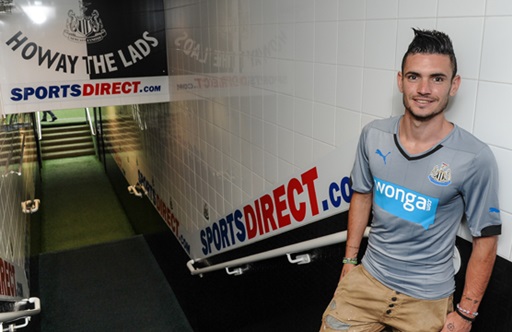 It seems like it’s taken Newcastle bloody yonks to prise Cabella from the clutches of Montpellier, so he’s got a hell of a job on to prove to the Geordie punters that he was worth all the hassle.

We’re well aware that Cabella; a dainty, stylish attacking midfielder; is regarded as both under- and over-rated in equal measure by those supposedly in the know, so we’re excited to find out which it is. 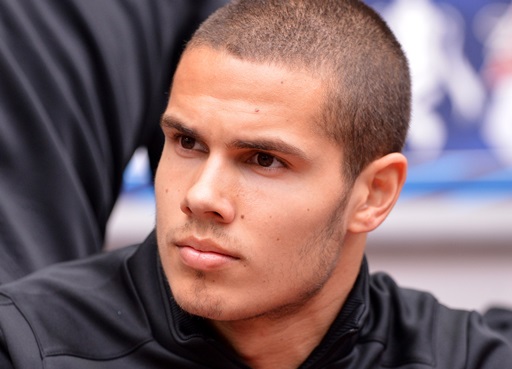 Lord knows the poor sod’s due a break after a fallow, injury-riddled two years at Man City and a move down the food chain to Sunderland could well be the tonic for the once-promising English midfielder.

Rodwell is in desperate need of first-team football, which you’d assume he’d be given plenty of at the Stadium of Light – that’s if his blu-tack hamstrings hold out a bit more convincingly this time round. 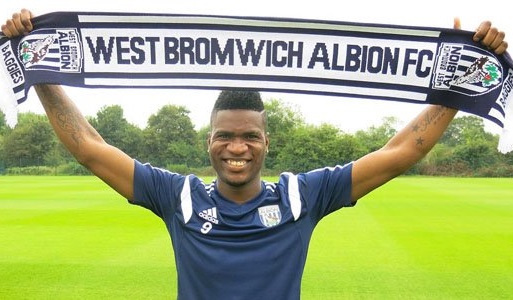 There aren’t many clubs who can boast that their record signing was purchased without the manager having ever previously heard of him or, indeed, seen him play beyond a couple of hastily-sourced Youtube videos, but still West Brom have seen fit to chuck over £10million at Dynamo Kiev for the services of Nigerian striker Brown Ideye.

This is a man who scored two goals in 11 appearances for Kiev last season and has a grand total of five goals in 24 caps at international level.

Far be it from us to doom-mong, but this could be a disaster of Afonso Alves proportions! Yippee! 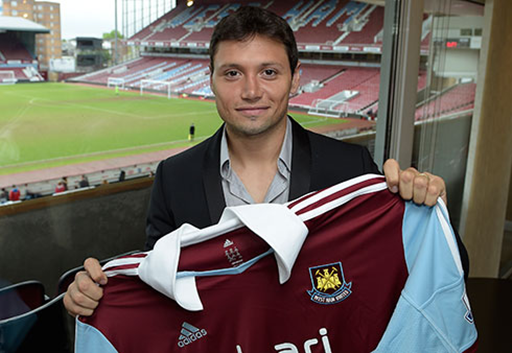 The general pattern when it comes to Zarate is that he will be unstoppably good for the first five or six games of any given season before exploding in a shower of sparks and circuitry before becoming liable to go absolutely haywire at a moment’s notice.

Sam Allardyce is West Ham manager. That’s something worth remembering too.

Put it this way, you’d be hard-pressed to describe life with Zarate as “boring” – but he will almost inevitably leave on loan in January after throwing a massive hissy fit at the manager, a team-mate or an inanimate object of some description (no Andy Carroll jokes please).

So, there you have it. Those be our ten signings to watch next season.

Agree/disagree? Got your eye on someone else? Let us know below the crease…