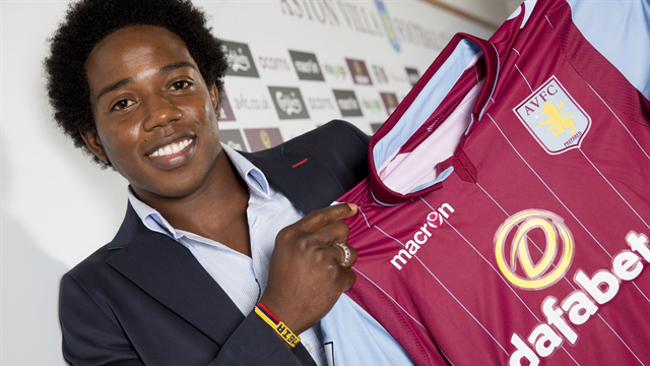 One of Colombia’s best performers in their memorable 2014 World Cup campaign, holding midfielder Carlos Sanchez, has joined Aston Villa from Spanish side Elche in a four-year deal.

The 28-year-old, who joins Paul Lambert’s side for an undisclosed fee, is a top-notch ball-winning midfielder with 48 international caps under his belt as well as six years in France with Valenciennes.

On joining the Villans, Sanchez said:

“I’m delighted to be here, it’s something I have always dreamed of and it is very important for me to be here at Aston Villa, not only for me but for my family as well.

“It was always my aim to play in this country and in this league and I know Villa well as Juan Pablo (Angle) also played here.”

Villa has rather disappointed in recent seasons with Lambert failing to move the club forward, so the pressure is on this season for the Villans to at least secure a comfortable mid-table position. And in Sanchez, a player whose tough play has earned him the nickname “The Rock”, they have a player who could be the catalyst for a change in fortunes at Villa Park. And he is ace hair, which is always important, in my opinion.