With Balotelli himself telling Sky Italia this morning that today would be his final day with the club, AC Milan have just confirmed via their website that the striker has said his good-byes to all of the players and staff at Milanello… 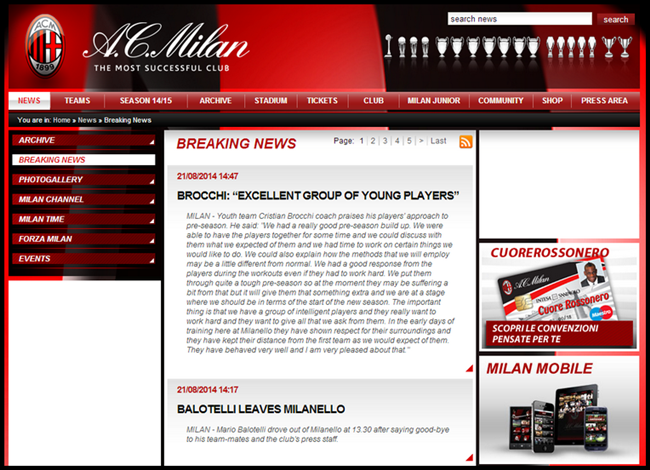 Word on the street is that a £16million fee has been agreed and that Balotelli could be officially unveiled as a Liverpool player as early as tonight.

In other news, we can’t help but feel a little bit uneasy about the fast-shrivelling prestige of AC Milan.

Once a bastion of European football’s elite with some of the world’s finest talents at their disposal, now reduced to flogging off their few remaining stars on the cheap and signing Adel Taraabt on loan.