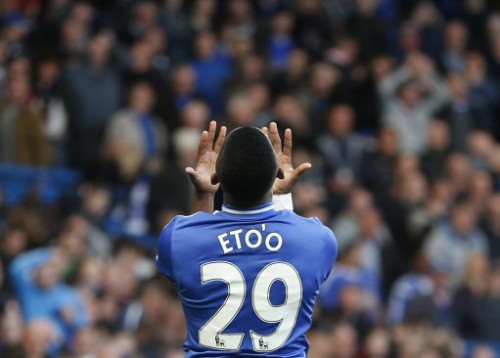 The world and his dog are reporting that Everton are now on the very cusp of tying up a two-year deal for Samuel Eto’o providing the veteran Cameroon striker aces his medical at Finch Farm this morning.

Eto’o, who was released back into the wild by Chelsea at the end of last season, was originally asking for an exorbitant £180,000-a-week to join Everton but the Telegraph are reporting that the 33-year-old forward has agreed to take a significant pay cut in order to secure his move to The Toffees – meaning Eto’o will have to scrape by on a measly £70,000-a-week for the next two years.

If Roberto Martinez does pull this off as expected, surely we’re going to have to give Everton a place on the “transfer window winners” podium?