In which Pies take a wry look at the big winners and losers emerging from yesterday’s circus/cesspit of assorted agent-fuelled to-ings and fro-ings, starting with…

The Transfer Deadline Day’s biggest winner so far is this man… https://t.co/VJyAfctaab

Mercifully taken out of the firing line due to Danny Welbeck’s late arrival.

That said, should, god forbid, anything happen to Welbeck between now and January, Sanogo is still pretty much the only recognised “striker” that Arsenal have to hand.

This could get messy, very messy. 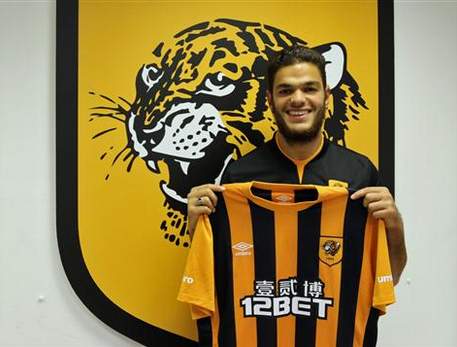 We’ve no earthly idea how Brucey did it, but the Hull tourist board might want to take a few pointers. 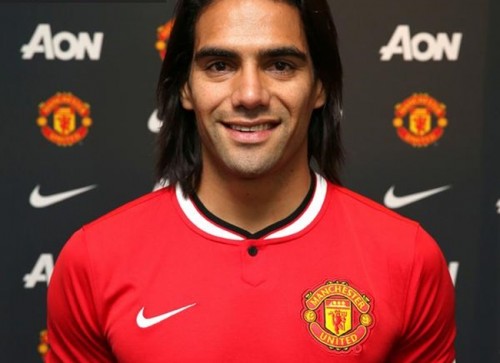 This guy must skip out of bed every sodding morning with the ungodly amount of money he earns. The ridiculously expensive Colombian is richer that Scrooge McDuck, Mr Burns and the Monopoly man all squidged together!

Diddums. Pies will be sure to send him a food parcel every week.

Monaco have paid around £4million (plus wages) for every goal Falcao has scored for them (11 in 20 games) last season, with Manchester United almost certain to do roughly likewise.

Is that value for money? We just don’t know any more. 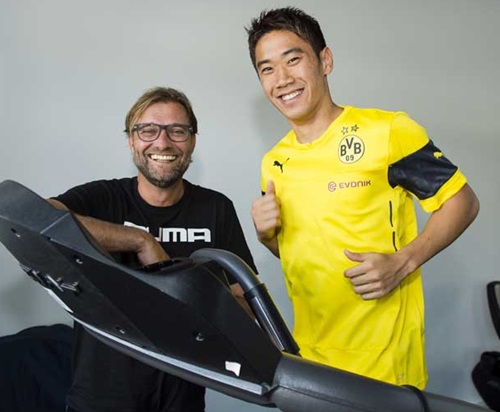 We know the Dortmund move was completed before deadline day, but Monday saw Kagawa reunited with his one true love: Jurgen Klopp.

“Reunited and it feels so good, etc, etc…” 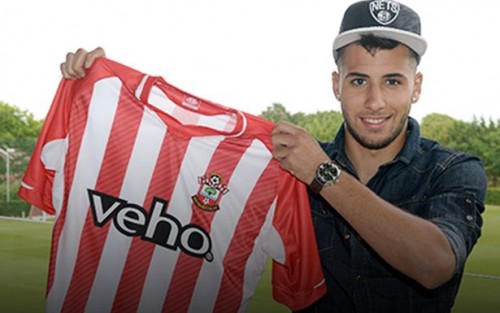 After just three weeks and one half-game cameo in a pre-season friendly for Southampton, the Algerian international had his loan cut short by the Saints on deadline day and was sent packing back to Inter Milan for “failing to live up to the high levels of commitment expected”.

That was the official line, but it’s since emerged that Taider, a 22-year-old nobody with just 13 senior appearances for Inter under his belt, threw a tantrum when it emerged the Saints weren’t going to just let him walk into the first team and actually expected him to prove his worth in training first. 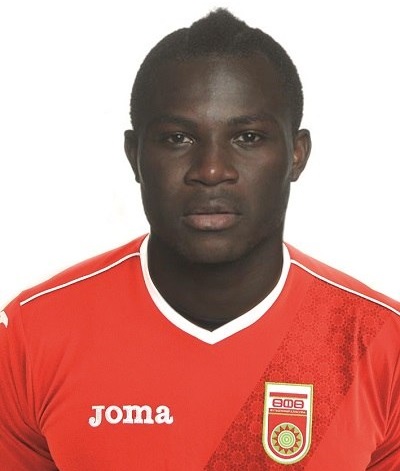 Has a player’s career trajectory ever tailed off so dramatically at such a young age? 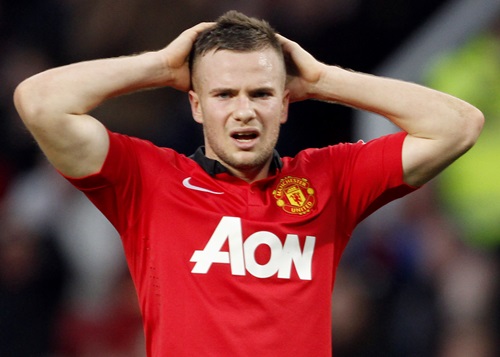 With an £8million deal with Everton collapsing at the 11th hour due to a failure to agree personal terms, Cleverley is now stuck at United for at least the next sixth months playing under a manager who quite obviously doesn’t rate him very highly.

The Everton switch (and Roberto Martinez reunion) was precisely the kind of rejuvenating move Cleverley’s career is crying out for, but a refusal to climb down over his over-inflated wage demands could see him disappear from view almost entirely over the next few months. 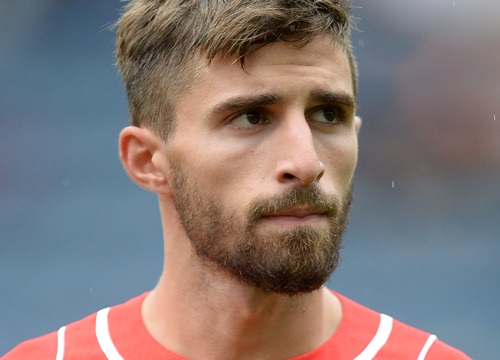 Speaking of pulling exorbitant wage demands out of your arse, it was reported that Greedy Borini wanted £90,000-a-week to join QPR.

No wonder the deal imploded. Football is well and truly broken. 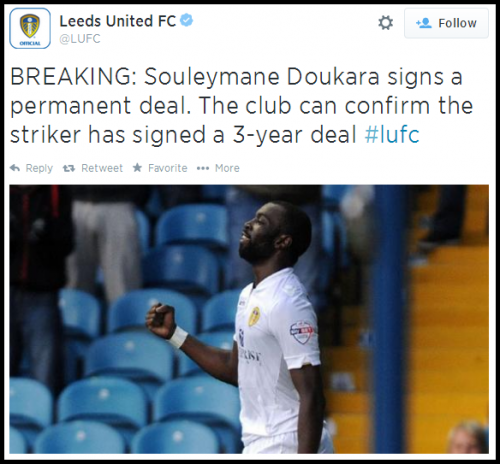 With the struggling club repeatedly promising big things on deadline day, the first big signing of the day was a bloke who already plays for them, with on-loan Catania striker Souleymane Doukara signing a permanent deal at Elland Road.

Then came another teaser…

Leeds club captain Jason Pearce then Tweeted the following cryptic message, to further titillate the fans’ fervour as the night drew to a close…

To be fair, he could have been tucking into a particularly nice Shepherd’s pie at that moment.

Anyway, Leeds then promptly sold strikers Matt Smith and Dominic Poleon to Fulham and Oldham respectively (despite Smith only signing a new three-year contract at Elland Road a fortnight ago) before wrapping up their deadline day dealings by telling the fans…

Well that was worth waiting for, no? The big bloody bastards! 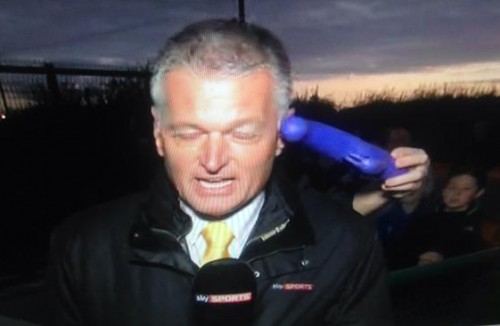