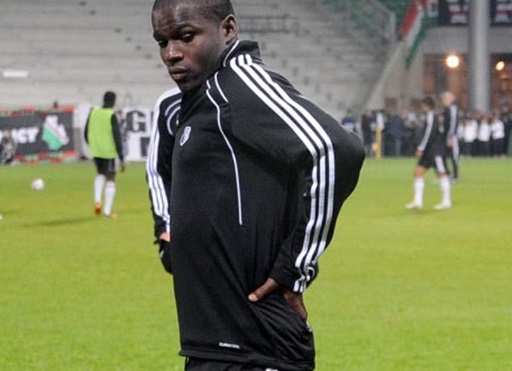 As you’ve no doubt heard, controversial Bukino Faso striker Ahmed Toure has rejoined former side Kumasi Asante Kotoko on a three-year deal after dipping out of talks to join their rivals at the 11th hour.

And, as it turns out, it would appear that a timely bundle of free gifts laid on by two of Kotoko’s more well-to-do fans may have swung things in the Kumasi-based club’s favour.

According to Citi FM Online, two Kotoko fans have continued what is apparently a “rich tradition of showmanship” by plying their club’s new signing with gifts to help sweeten him up a bit.

Christopher Opoku Mensah, an estate developer, donated two plots of land to Toure after the striker agreed to join Kokoto over rival side Accra Hearts of Oak.

Toure had been in negotiations with Hearts of Oak for several weeks, but talks reportedly stalled when he demanded a free car to join.

However, this was against Hearts’ club policy so Kotoko (or, moreover, their generous fans) seized the opportunity to lure the striker back to the club with whom he won the Ghana Premier League in 2011/12.

See Arsene? That’s how you do it – with a couple of allotments and a hatchback!