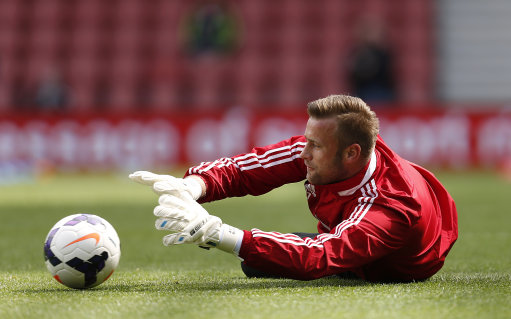 Southampton goalkeeper Artur Boruc has caused a mini-controversy on Twitter today after making a distinctly rubbish joke about The Titanic.

Boruc has since deleted the offending Tweet but, according to The Sun, the Polish ‘keeper tweeted a photo of the sinking ship along with the highly amusing comment: “Titanic be like…I nominate all passengers for the Ice Bucket Challenge.”

Apparently so it would seem, with scores of people deriding Boruc for callously making light of those 1,500 souls who lost their lives on that wretched day in 1912.

Now, we’re unsure whether the two incidents are linked, but shortly after Boruc’s “sick” joke lit the flame underneath Twitter’s perpetual moral crusade brigade, Southampton announced that he was being sent out on loan along the coast at Championship side Bournemouth for the next three months…

Seems a tad harsh – not that we have anything against Bournemouth, of course.