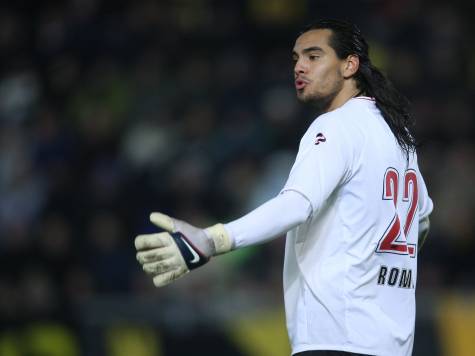 The Gunners are widely expected to bring in a new goalkeeper in the close season after seeing Manuel Almunia and, more notably, Lukas Fabianski drop a bevvy of disastrous clangers this season and Arsene Wenger has apparently singled out the Argentinian stopper as the man to ease his goalkeeping woes.

Romero himself is looking for a move to a bigger club after recently stating;

“My career has gone very well in Holland but I came to Europe to play in the biggest leagues and I will soon be ready to move.”

The 23-year-old has been in fantastic form in the Eredivisie this year and is widely expected to be Argentina’s first choice number one for the World Cup in South Africa this summer.

£8 million for a highly-rated and very promising international goalkeeper? Sounds like a bit of a bargain to me.

What do you think Gooners? Would you sign him up, or persevere with Almunia (who – to be fair – played a blinder against West Ham at the weekend) and Fabianski?