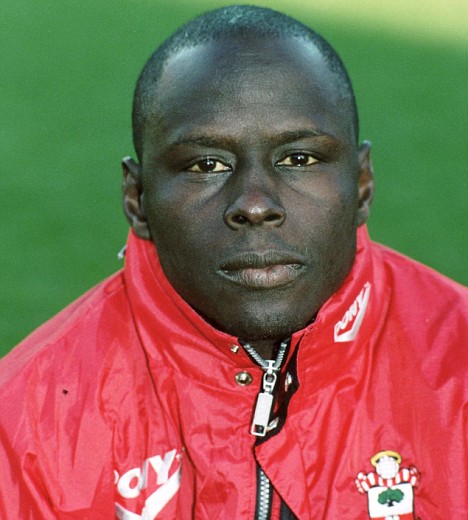 It hardly seems like yesterday, but 18 years ago this very week saw the debut of a man who would go on to establish himself as an absolute, bona fide club legend at Southampton – in fact we’re fairly sure he’s got a statue outside St. Mary’s.

That man, of course, was Ali Dia, who made his Saints debut on 23rd November 1996 in a Premier League game against Leeds United – coming on as a like-for-like substitute for the injured Matt Le Tissier with just 20 minutes played.

Dia was signed by the legendarily shrewd Graeme Sounness after being personally tipped off by his cousin, George Weah, that Dia was a former PSG forward with 13 Senegal caps (and two goals!) to his name.

Alas, it transpired that “George Weah” (who, it should be pointed out, actually hails from Liberia – some 2,000 miles down the African coast) was actually just one of Dia’s university mates, who somehow got hold of Sounness’ phone number and simply posed as the former World Player of the Year to deliver a glowing endorsement of Dia’s abilities.

On announcing his signing, a pleased-as-punch Sounness (who is now paid handsomely to critique the game on television, it’s worth remembering) told the cameras: “He played with George Weah at PSG, and last year he was playing in the second division in Germany…so we’re having a look.”

However, despite Sounness willingly signing Dia on a one-month trial contract, it transpired he was actually just a student from Northumbria University who happened to be living in Southampton at the time – which became immediately apparent when he replaced Le Tiss and took to the pitch.

After around 43(!) minutes of largely ineffective lolloping, Sounness hauled Dia off again and subsequently tore up his contract there and then…

Yep, as shown in the video, Dia was not a Senegalese international, rather a non-league chancer with Blythe Spartans – and it was to the non-league that he duly returned, signing on with Gateshead once he was found to have conned his way into the Premier League, scoring a decent two goals in eight appearances for The Heed before moving on again.

It seems utterly unthinkable in this age of meticulous scouting and acquisition that some joker could dupe his way onto a Premier League pitch so quickly and easily – though there are definitely still a fair few players out there on a weekly basis that make you wonder!