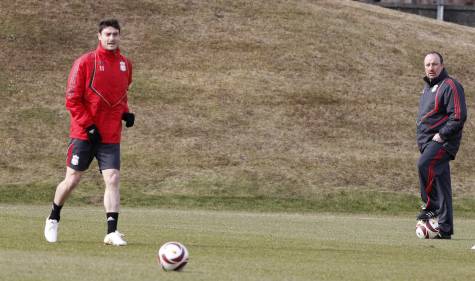 Albert and Rafa – not as close as they used to be

Liverpool have apparently agreed to offload out-spoken winger Albert Riera to Spartak Moscow in a deal worth £6 million.

Riera publicly criticised manager Rafa Benitez and his management style during an interview with Radio Marca and was subsequently suspended by Liverpool, but the Spanish midfielder has now been summoned back to the club in order to finalise the transfer.