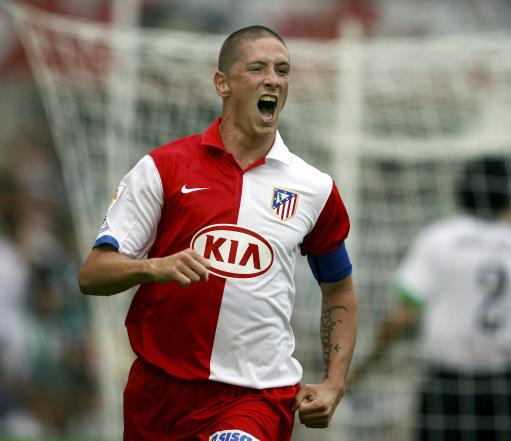 We turned our backs for a few days and, lo and behold, we’ve come back to a mad house, with Emile Heskey scoring on his Bolton debut, Alan Pardew on the verge of taking over at Crystal Palace and Fernando Torres officially washing up back at Atletico Madrid!

In what might be the most bizarre, convoluted transfer for the last decade, AC Milan have purchased Torres from Chelsea outright despite a fairly naff start to his two-year loan stint in Italy (one goal in 10 games), only to immediately farm him back to his boyhood club, Atleti, on an 18-month loan.

Whatever it took to ship him out, we suspect.

Anyway, both Atleti and Nando have confirmed his return this morning…

At last back home. Thanks to all that have made this dream come true. Forza @Atleti. #TorresHaVuelto pic.twitter.com/HZjMI5v6Gl

Bless him. It looks for all intents and purposes that the yips have long since set in as far as Torres is concerned, but who knows, maybe a “prodigal son”-style return might just buck him up again.

Time will tell, we guess.