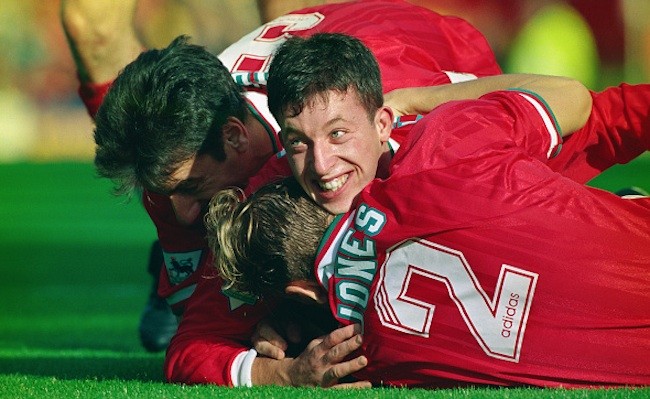 The Daily Sterling: a look at media stories on Liverpool star Raheem Sterling. Today we hear from Robbie Fowler and learn that Barcelona’s Pedro is ‘the new’ Sterling.

Writing in the Daily Mirror, former Liverpool striker Robbie Fowler says Sterling “would be crazy to leave” the club:

“Raheem Sterling has been buried under such an avalanche of advice over his future that he must think his head is about to explode. So, instead of adding to that blizzard, I have a very simple message for him.”

That simple message goes on for 29 paragraphs.

“Look, it’s obvious I believe Raheem is at the right place. I was brought up at Anfield and still work there, so what else am I going to think?”

Sterling was born in Jamaica, raised in London and blooded at QPR. What he thinks about Liverpool is less clear.

Having added to the blizzard, Fowler then talks to ThisIsAnfield about Sterling:

“I think that deep down you’ve got to respect his opinion, when he’s come along saying ‘I don’t want to make any decisions until the end of the season.’ But with some of the things he said, like ‘if they’d come along with a contract last season he would’ve signed it,’ or ‘I’m flattered by the interest from other clubs,’—if he doesn’t want to come out and talk about contracts he shouldn’t talk about other clubs being interested.

“But I do respect his opinion; I do want him to stay. I think he’s a great player, but as a young lad you cannot be forcing the hand of the club.”

Over in the Metro, Trevor Sinclair says Liverpool are “trying to bully” Sterling.

In the old days bullies would take your money; now they offer your £100,000-a-week to play football.

“I think there is a bit of bullying going on. They are trying to bully him into signing a new contract. All the kid has said is he is not rushing to sign a contract, he wants to play Champions League football – surely you can’t knock him for that.”

He said it to the BBC without first consulting his club. Talking transfers in public never goes well.

Sterling is bullying and being bullied? Well, so say the experts.

The Guardian says that Liverpool are looking to life after Sterling.

If young Raheem does do one in the summer Brendan Rodgers wants to fill the void with the Barcelona forward Pedro, who is sick and tired of being the fourth wheel in Barça’s attacking triumvirate and fancies a move. He’ll demand £90,000 a week.

He’ll demand it? Is everyone a bully?