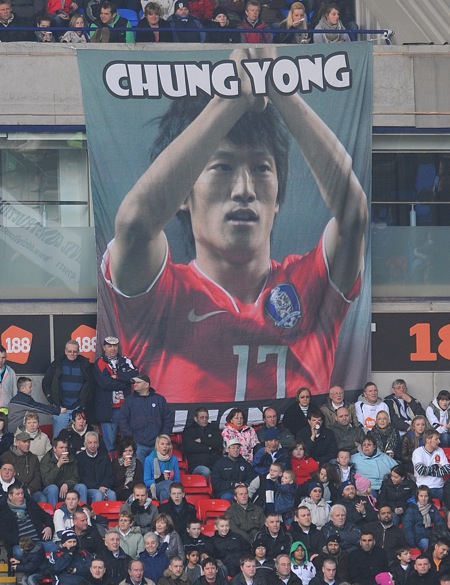 Bolton Wanderers winger Lee Chung-Yong will NOT be joining Liverpool next season – according to his agent.

But Lee’s management agency has denied the speculation and has confirmed he will definitely be at the Reebok next season.

“I never received the offer from Liverpool, there was absolutely no contact. Speculation about the future is not helpful,” said a spokesperson for TI Sports.

“(The rumour is) in a word, absurd. Liverpool did not have any discussion.

“Next season will be a lot easier (for Lee), but there is still much to learn in terms of player development.

“Lee wants to be a regular at Bolton next season, this is important (for him). It is important that Bolton stay in the Premier League, that is the biggest objective.”

Great news for Bolton fans (in the short term at least), as Lee has been arguably their best player this season. Every time I watch him (mostly in highlights, admittedly), he’s a threat on the right flank.