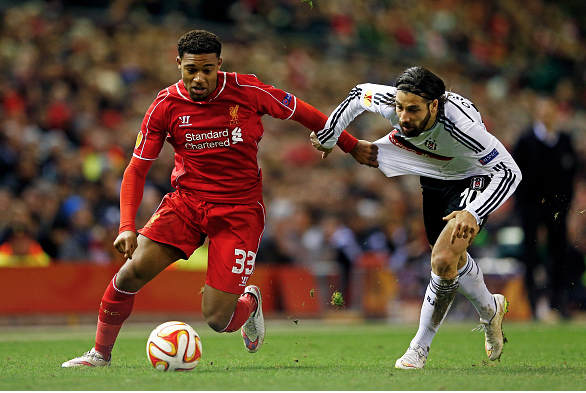 Jordon Ibe has agreed a new five-year contract with Liverpool, says the Times. The London-born 19-year-old will earn £30,000-a-week, a huge rise on his current £6,000-a-week deal.

Brendan Rodgers was brave enough to give Ibe his first Liverpool start in the Merseyside derby against Everton at Goodison Park in February. Ibe rewarded Rodgers’ faith by being excellent.

As for those contract talks, well, Liverpool fan Ibe told us that he has no time for agents:

“My parents are sorting that out with the club… I don’t believe in agents. I just think my parents can do the job. I’ve never been close to having an agent.

“My concern was just playing football and if I needed help deciding things off the pitch like contracts then I would always go to my parents.”

Over to you, Raheem Sterling…