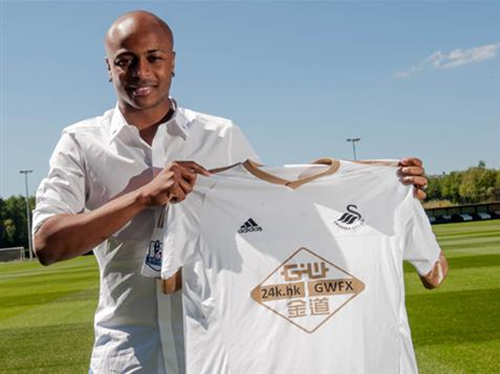 Rumours were flying this morning that he was undergoing a medical at the club but it’s now been made official: Swansea have completed the signing of Andre Ayew from Marseille on a free transfer.

The Swans have agreed a four-year contract with Ayew, 25, who already has 65 caps for Ghana to his name as well as having BBC African Footballer of the Year and Ghanaian Player of the Year titles on his CV.

Which, all in all, sounds like an absolute bargain to us.

BREAKING: We can confirm the signing of @AyewAndre on a free transfer from @OM_Officiel on a four-year deal. #swans pic.twitter.com/TyuFcP7p6l

Smart win/win business from Swansea. If Ayew delivers on his vast potential in the Premier League then they get a couple of good years out of him before he moves on to more lavish suitors.

If he’s bobbins, they got him for nowt in the first place.