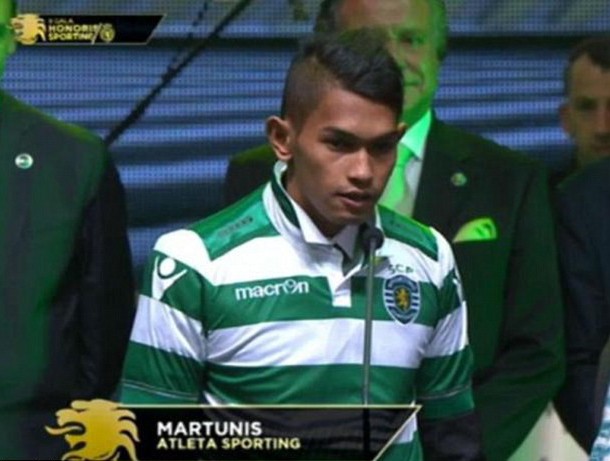 On Wednesday afternoon, Sporting Lisbon swore a 17-year-old Indonesian lad by the name of Martunis into their academy. Nothing overly exciting about that, you may argue.

However, the Portuguese club’s latest acquisition comes with one hell of a back story – a tale of tragedy, hardship, loss and incredible fortitude. Allow us to divulge…

Aged just seven at the time, Martunis was miraculously found alive after being confirmed missing for 21 days in the wake of the enormous tsunami that hit his hometown of Banda Aceh in Indonesia in December of 2004.

The earthquakes and subsequent tsunamis devastated many nations and islands dotted in and around the Indian Ocean, with some 230,000 people reported to have lost their lives in the chaos.

Indeed, the storms in Aceh claimed the lives of his mother and two sisters but despite being swept away by the torrents, little Martunis managed to keep himself alive amidst the swamped debris by eating instant noodles he managed to scavenge and by drinking water from puddles.

Three weeks later, Martunis was found by a group of journalists how were scouring the beaches on the fringes of Aceh. Half-starved, dehydrated and badly bitten, the youngster was given emergency medical treatment before being reunited with his father, Sarbini.

After making an astounding recovery, Martinus became something of a star in Portugal after he was filmed talking to news crews about his nightmarish ordeal while wearing his favourite Rui Costa football shirt… 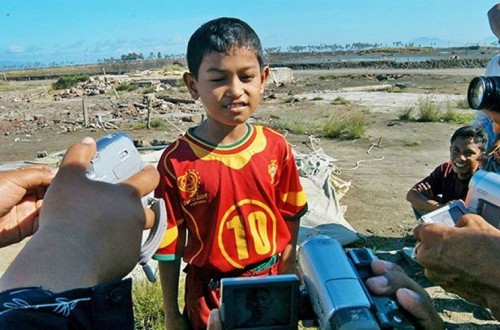 When asked how he managed to survive, Martunis replied: “I was not afraid at all at that time because I still wanted to be alive to meet my family and to be a football player.”

Upon hearing about his plight, Cristiano Ronaldo raised the funds required to rebuild the family house before inviting Martunis to come over to Portugal and meet the national team (and Eusebio!) in 2005. Rather sweetly, the pair have kept in regular contact ever since.

However, this week Martunis has moved even closer to emulating his footballing hero after signing up to join the Sporting academy – the very academy that moulded Ronaldo into the global superstar he is today.

“It’s great to be here, this club makes my dream possible,” he said at his official presentation. “I am incredibly excited about this opportunity. Viva Sporting!”

Sporting president Bruno de Carvalho added: “Martunis will work at the academy. We will work with him also in his development as a human being and as a man.”

As such, Martunis will take his place as part of the club’s U-19 squad.