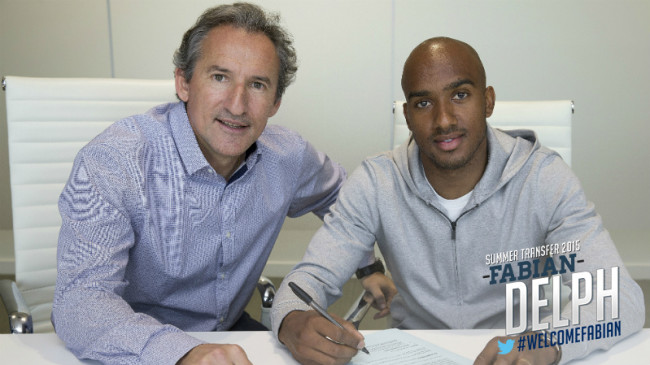 Less than a week after declaring himself faithful unto Aston Villa, Fabian Delph has gone back on his word and signed a five-year deal with Manchester City – who paid Villa a reported £8million for the privilege.

Apparently City wooed Delph by giving him 100,000 weekly reasons to ditch Villa after their initial attempts at seduction were snubbed.

Manchester City are delighted to announce Fabian Delph has joined the Club from @AVFCOfficial #WelcomeFabia… https://t.co/fOUxH2n8OU

We’re not going to sit here and postulate on the demise of loyalty and honour in football. That ship sailed years ago. It’s only business. No hard feelings.

However, as we mentioned when the U-turn rumours surfaced earlier this afternoon, City’s first Aston Villa (A) fixture this coming season is certainly going to make for enthralling viewing.