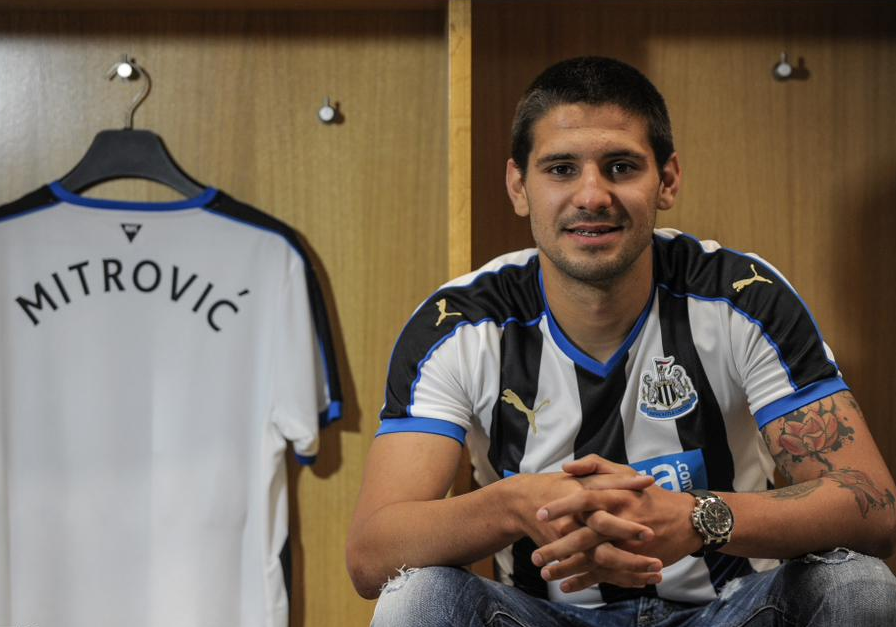 After a few days of wrangling, Newcastle have finally announced this morning that they’ve completed the signing of Serbian striker Aleksandar Mitrovic – a man who looks suspiciously like a hit-man for the Albanian mafia.

Mitrovic, 20, has signed a five-year deal at St James’ Park after arriving from Anderlecht for a fee reported to be somewhere in the £12million region.

The 20-year-old forward hit 44 goals in 90 appearances during his two seasons in Belgium, having spent his formative years at Partizan Belgrade. He also has 13 caps and one goal for his national team to date.

Here he is in Toon tunnel, which is just as tastefully decorated as the rest of the stadium…

Rather alarmingly, Anderlecht coach Besnik Hasi was once asked to describe Mitrovic. “He looks crazy” came the reply.

As well as gaining acclaim for his relentless work-rate, the Serb also has a history of getting into trouble over his “sexually vulgar” goal celebrations.

We’re warming to him already. Definitely one to watch, this kid.