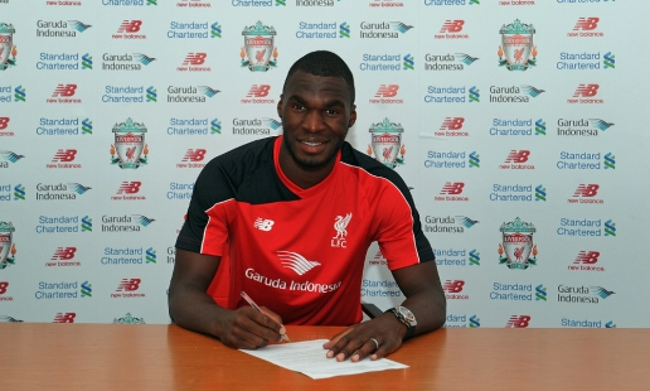 Christian Benteke’s protracted move to Liverpool finally reached its conclusion on Wednesday evening, with the Aston Villa striker agreeing a long-term deal for a hefty fee of £32.5million.

By offering that sizeable amount for the 24-year-old, the Reds triggered his release clause, meaning poor old Villans’ boss Tim Sherwood was helpless in his quest to hold on to his star man.

“I’m very happy to be here and I would like to thank the owners, Ian (Ayre) and of course the manager for their massive effort to bring me here.

“It’s hard to show your emotion when you’ve just come from doing something (like this) but of course I am very happy.”

According to the BBC, Benteke’s megabucks move is the second-most expensive in Liverpool’s history…

With three of the Reds’ big five moves coming in the last 12 months, you can’t say the club isn’t backing Brendan Rodgers’ plans to the hilt. On the other hand, the pressure will be on again for the manager to get his side back into the top four.

Liverpool fans will no doubt be hoping the big Belgian is more Luis Suarez and less Andy Carroll.